Hello! This is Part II of What I Learned from the WFGC Hotel Blog-Hop Project.

If you haven’t read Part I yet, I highly suggest you read it first.

In April of 2019, my friends and I from the WFGC released the Hotel Blog-Hop Anthology. As a spearhead of that project, I learned several lessons about people, leading, and what goes into creating a project. This is Part II of What I Learned. Have a laugh at my expense and, just maybe, avoid some of our mistakes. If you haven’t read the anthology yet, links to all the stories are on the WFGC website.

“Not Everyone is Going to Finish”

When the second round of people dropped out of the project, I was getting discouraged. Brian Buhl had a conversation that turned things around for me. He told me to make sure, when people asked if they could do Thing A or Thing B, that I make every effort to say Yes instead of no. He reminded me this was not a professional contest, nor a book. We didn’t want to turn people away over silly rules that were not necessary.

He also explained that some people are always going to quit. They get excited initially, but either don’t have the wherewithal to complete it, or more likely, life gets in the way. Don’t get me wrong, I was still put out some, but it made sense. I extrapolated from this that it would be true with any contest/anthology/blog-hop, but it isn’t visible to contestants. Brian also helped ensure I didn’t hold any animosity towards those who quit by making sure I realized they were human…just like me.

What I learned about losing people on a project:

Everyone is human, and I must remember this always.

Your project may be your baby, but that doesn’t make it important to everybody else.

Everybody faces obstacles in life, and they have the right to decide what they want to take on. There’s no point in taking their decision personally. 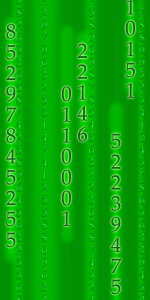 Marketing is NOT My Strongpoint

Towards the end of the project, deadlines loomed over everybody. In a week, we were all supposed to be hitting Publish on our awesome Hotel stories, yet not many people outside the WFGC knew anything about it. And I had no plans save putting the links all over the Twittersphere the day of.

In swooped Chris Henderson Bauer wanting to know the plan. Discovering there is none, she took it upon herself to get our collective asses in gear. My words, not hers.  She also developed a tweet template for all involved authors to use for pre-published marketing. In short, Chris saved us from complete and utter anonymity after all this work.

What I learned about marketing:

A “day-of” plan is not good enough if you want to garner attention outside of those who already know what you’re doing.

If you can, allow an entity larger than yourself to help spread the word. In most cases, this probably involves money, but not always.

Marketing is one of the most important aspects of any project- having eyes on it and interest built up before release day is not going to hurt you. However, that means having a plan and enacting it an appropriate amount of time before the official release.

You can probably imagine that we had less than a perfect launch day. Imperfect (and in some case zero) systems in place, less information given out than usual, and unfinished stories all led to confusion on launch. I failed my responsibility for having systems and information in place, and it could be said I should have pushed those with unfinished stories to finish up faster.

Some might say I’m being too hard on myself. Maybe, but having a history of managing people, I think more could have been done on my part. I fell into a trap of “nobody will far apart if it’s not perfect” thinking, which I should have known better after that first week’s trials.

Regardless, the team managed to put out all the fires one by one, and by the thirteenth, every story was officially out in the world. I don’t know how much attention each individual author received from the Hotel project, and I hope it wasn’t so underwhelming that they wouldn’t consider doing something similar again.

What I learned from launch day:

If you’re leading a project, your job is not over until everybody else’s is, and you’d better be in the trenches or you’re not leading.

Having systems in place that work and are being actively used will help save you from putting out fires at the end of a project.

A “it doesn’t have to be perfect” mindset is a surefire way to ensure the end product is not as satisfying as it should be.

It may sound, at this point, like I did not enjoy the process of the WFGC Hotel Blog Hop Project. This couldn’t be further from the truth. I learned some hard lessons, sure, but a fairly large group of friends joined me in creating something cool in under three months. Sure, the process was harder than it needed to be at times. Those rough spots are behind us, the pain of them all but forgotten. The results are still live, and something all of us are proud to call our own. I’m proud of everybody who crossed the finish line with me, and even those who didn’t.

This was a project. I didn’t do it on my own, and I learned (in some cases, re-learned) excellent lessons. There’s really only one last question I have:

When are we doing it again???

Granted, so is pizza. Mmmm…pizza.

Want to support James via a donation?

Your donation is much appreciated and goes to supporting James Neal’s family- either by paying bills, feeding mouths, or possibly just saving for the future. THANK YOU for your kindness.

Author of the fantasy novel, Of Blood and Blade; and novelette, Paints the Invisible Eye. Father of three beautiful children. I'm just old enough to remember oral stories and young enough to appreciate digital books. I'll regal you with either, just ask. View all posts by jamesnealbooks